We have started Year 2 by checking what we can remember about 2 digit numbers- can we still read, understand and partition them? We read the numbers, made them with Dienes, partitioned them into tens and ones and explained what we did to a partner.

We then played a really fun game on the interactive white board to check we could identify a number made using Dienes. Here's a link so you can practise it at home too!

We did some reasoning around place value in groups. We had to sort cards into categories of 12, 21 or trash!

We really had to make sure we understood place value to answer. We explained to our friends and worked together.

After this, we made more 2 digit numbers using Dienes and recorded a calculation which shows how they can be partitioned into tens and ones.
Now we are secure at partitioning a number into the tens and ones which make it up, we have had an introduction to partitioning in different ways. We have enjoyed this challenge!

We practised our knowledge and skills surrounding measure in preparation for a special harvest job. We recapped our understanding of capacity in ml, length in cm and mass in g.

We measured water in ml and used a scale to say how much water is in a jug. We made playdough snakes of various given lengths, measuring in cm using a ruler. We used scales in 2’s and 10’s to cut up strips of paper.  We used scales to measure out given weights in grams.

We used our skills when we made soup for Harvest Festival. We had to cut carrots, parsnips and potatoes into 2cm chunks. We cut onions into 1cm chunks. We weighed out the correct amount of parsnips in grams using weighing scales and measured the correct capacity of water using ml. We made excellent use of our scale reading skills!
We played a game called Tug of War to practise and apply our mental addition and subtraction skills. We had a number line between two players and one counter. One player was ‘minus’ and the other was ‘plus’. We rolled two dice and added the numbers together before either adding or subtracting along the number line. We took it in turns to have a go. The first player to get the counter to their end of the number line was the winner!
Mrs Jones told us a story all about a numberpillar who needs to only eat numbers. We had to add two numbers together using mental strategies to create the next number for the numberpilkar’s bidy, we added together the last two numbers in his sequence to create the next and continued until the tail matched the numbers in the head. When the number match he is full! We had an extra problem to solve...because he can only eat one digit numbers, every time our addition equalled a two digit number we had to partition and only keep the ones number! This was a fab, fun way to use our existing skills in a new situation.
We did an investigation into odd and even numbers, looking carefully at number patterns and using what we already knew to help us. We used pictures and practical equipment to help us explore the numbers. We realised that all the even numbers were multiples of 2. We learnt a song to help us to remember which numbers tell us if a number is odd or even.

odd and even song 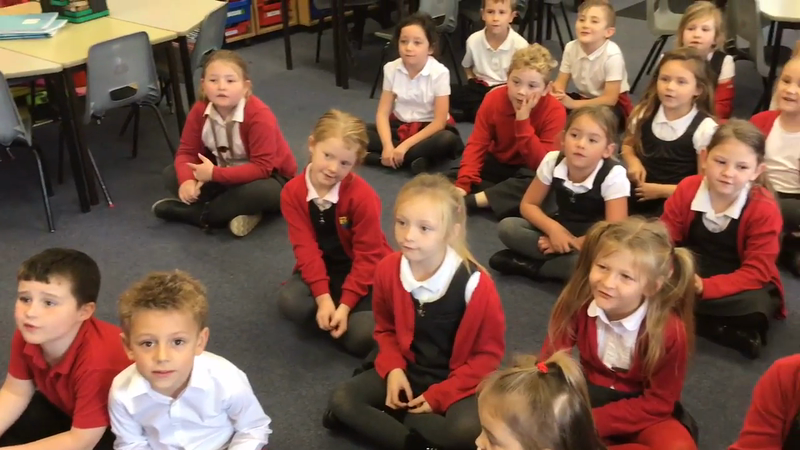